For the last couple of weeks, I’ve been working my way through A.N. Wilson’s The Victorians. For a 21st century American, I find, reading about the Victorians is the act of staring into what is sometimes a window and sometimes a mirror.

Looking in the window, we see that on the whole, the Victorians were less troubled than we by the plight of the poor and more devoted to flights of public piety. We would not with an easy conscience turn a blind eye and deaf ear to the poor and their children starving to death in plain view in the streets of our cities. Neither, I think, would we refuse to seat a member of Congress solely on the basis of that member’s unwillingness to swear an oath on the Bible.

There is much talk about religion and devotion to God in our time, but piety just doesn’t inform our public life the way it did for the Victorians–Pat Robertson and his ilk notwithstanding. Congress doesn’t debate theological matters the way Victorian Parliaments did. 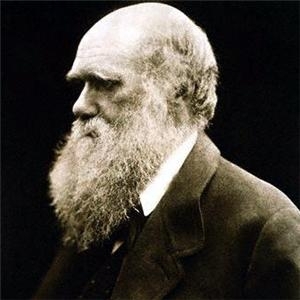 I have to admit that an exception to this arises in the case of Darwin. The Kansas State Board of Education and the alleged “controversy” about evolution come to mind. In our time, however, opponents of evolutionary theory try to use scientific language to advance their point of view.

The Victorians were under no such constraint. Bishop Wilberforce, debating evolution with the biologist T.H. Huxley in 1860, is said to have asked whether “it was through his grandfather or his grandmother that [Huxley] claimed his descent from a monkey.” Not to be outdone in ad hominem argument, Huxley replied, “If…the question is put to me, would I rather have a miserable ape for a grandfather or a man highly endowed by nature and possessed of great means of influence and yet who employs these faculties and that influence for the mere purpose of introducing ridicule into a grave scientific discussion, I unhesitatingly affirm my preference for the ape.” Both parties earn an A+ for rhetoric but a D- for science.

Looking in the mirror that the Victorians hold up to us, we see a people so convinced of their own virtue and noble intent that in general they approve of everything they do on the world stage. For the Victorians this included the posturing and incompetence of the Crimean War as well as the oppression and opportunism of the Raj. For us, the same self-satisfaction and blundering tone-deafness are apparent in our military adventures and alliances over the last 50 years. Too often, as it was for the Victorians, the underlying principle seems to be that since we’re nice people, what we’re doing must be right.

For our lives as individuals, the Victorians also hold up a mirror. For us as for them, the most able and admirable are not always the most influential. Hard work and fair play are not always rewarded. The verities of the age may tell us one thing and our experience something else.

Like the Victorians grappling with the implications of Darwinism, many of us face a longing of the spirit that our attainments do not comfort or address. Thomas Hardy speaks for many of us as much as he did for his contemporaries when he wrote, “I have been looking for God for 50 years, and I think that if he had existed I should have discovered him.”