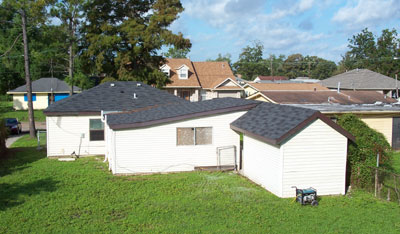 Years ago when I practiced law, a truth of human nature became apparent to me: nothing is simpler than somebody else’s problem. The so-called helping professions, including law, counseling and social work, are all founded upon this principle. As a lawyer, I didn’t agonize much over my clients’ problems. Their situations seemed absurdly simple: Client X should get a divorce; Client Y needed to file bankruptcy; Client Z had to sober up and turn himself in. Sure, these were huge, life-fragmenting steps with frightening implications—but they seemed so obvious. People just needed to quit dithering and get on with it!

I think most of us apply the same kind of reasoning to groups of people as well as to individuals. Moreover, the larger those groups and the farther away they are, the easier it becomes to feel comfortable making blanket pronouncements about how other lives should be led. The temptation is great, therefore, to believe we can take in the nearly 300-year history of New Orleans at a glance and conclude that the place shouldn’t be rebuilt at all. People need to face reality and move to a place where things like Katrina don’t happen, right? It’s just so simple!

Except that it isn’t.

My own thinking has matured since I took the photo at the top of this post. I went to New Orleans, and I saw for myself. The picture shows the back of the house my group worked on as it appears from the flood wall at the top of the embankment that abuts the back yard. You are seeing in this photo, by the way, exactly what you think you are seeing. The wall that flood waters over-topped when Pauline Drive flooded is higher than the roof of the house. So, doesn’t this prove that rebuilding the house is a bad idea? That thought is at least part of the reason I took the picture in the first place.

But the picture doesn’t really prove anything. The seawall and other earthworks that make the Gentilly area habitable date from 1927 and have held back the water for more than 80 years. Most of the houses shown in the photo were built in the 1950’s and have stood where they are for half a century or more.

There have been storms through the years, but nothing like Katrina. This seems to mean more to the residents of Gentilly than to people outside New Orleans. Residents love their homes and for the most part want to stay put.

In the four years since Katrina, many people have had a lot to say about the folly of those in New Orleans. At least one writer, however, has had the perspicacity to note the recurring hazards some of them, in such disparate locations as Seattle, St. Louis, Reno, Torrington, CT, and Lewiston, ID, were choosing not to heed in their own backyards.

The irate resident of St. Louis in the article linked above is quoted as saying, “I am sick…of hearing how every taxpayer in America should pony up a couple grand to subsidize the rebuilding of a cesspool of a city that will just be wiped out again by the next ‘unlucky’ hurricane.” Yikes!

Somehow he does not acknowledge that huge sections of his own city were submerged and destroyed by flooding as recently as 1993. The Mississippi River is still there, Mr. St. Louis. It’s obvious that flood waters will come again. Do you really think it was a good idea to rebuild St. Louis?

The resident of Reno, no less irate than his St. Louis counterpart, is even more amnesiac and seems to have no memory of the 1997 flood in his city. Yet the Truckee River, like the Mississippi, is still there and will flood again, Mr. Reno.

And as for that cesspool remark, well, the FBI has a lot to say about St. Louis. Reno, as everyone knows, has its own well-developed reputation in that department. The God of the Old Testament may have laid waste to the cities of the plain on account of their morals, but it’s probably not up to us to make that decision about New Orleans.

The fundamental fact is that St. Louis and Reno, like the rest of America, do not build for the ages any more than the people of New Orleans. It’s easy to decide that other people should give up their homes and move to a new place, but even easier to believe that our own homes should be rebuilt.

So it is in New Orleans, and so we worked to make our own small contribution to that rebuilding.