The Apostle Peter may have known a lot about spirituality and the teachings of Jesus, but he didn’t know jack about booze. If you’ve ever been close to an active alcoholic (yourself or someone you love) you may share my view that the Pentecost story contains one of the most hilarious statements in the entire Bible. 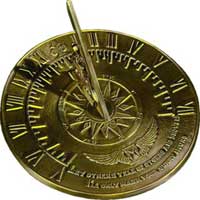 You know the story. A “mighty wind” comes upon a group of the faithful, and suddenly they’re rolling on the ground, speaking in tongues. A cold-eyed observer suggests that they’re drunk. Peter is shocked by this impiety and says, “[T]hese are not drunk, as you suppose, for it is only nine o’clock in the morning.”

How’s that again? Rolling around on the ground isn’t something you’d do because you had two drinks in you. It would take more than most people ever drink at any one time in their lives.

So trust me here. If you were a serious drinker in those days, the kind who would drink enough to end up rolling on the ground, you wouldn’t let some joker with sandals and a sundial tell you whether you could have a drink. That is to say, for an active alcoholic the time of day is pretty much irrelevant because it is always five o’clock somewhere.

It also occurs to me that there are at least two routes to drunkenness at 9:00 AM: the frat boy’s still-partying-from-the-night-before and the real drunk’s vodka “breakfast of champions.”

Don’t get me wrong here. I’m not saying the Pentecost gang was drunk. I’m just saying that if they weren’t drunk it probably had nothing to do with the time of day.