My headline today is a twist on an inside family joke of sorts. For a long time, Marge has referred to hot flashes as her “personal summer.” I sympathize without the ability to empathize. “Manopause,” my own stage of life, does not include personal summers.

I do, however, have a personal spring, and it arrived yesterday. The pile of snow at the end of the driveway, at least six feet tall back in January, is completely gone. The last patch of it trickled away some time around 3:00 o’clock yesterday afternoon. I doubt that anyone except me marked its passing.

Last winter there was a lot of snow everywhere in Maine, so I’m not exactly sure why I have attached so much significance to one particular pile of it. It must be partly because that snow pile made backing out of my driveway hazardous for months. It was still chest high when the calendar announced the official arrival of spring last month. It was also the last holdout of winter on this street. Somehow I haven’t been able to feel spring in my soul while that snow pile was still visible. 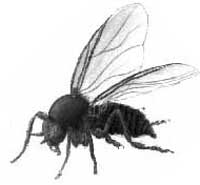 Here in northern New England, of course, it is always necessary to qualify the word “spring” in some way. This is a three season place. The reality is that we move from late winter to the season of spring yard work. Spring yard work gives way, around Mother’s Day, to black fly season, which we share with our neighbors to the North. By the end of black fly season, summer will have begun. In Maine, we enjoy summer, fall and winter. We have no spring, at least not of the sort known in much of the rest of the country.

Maybe that’s the real reason I’ve made up my own.

2 Replies to “My Personal Spring”