I was a lawyer for fourteen years. I had been in practice for about eight years when “Susan” walked into my law office because she wanted a divorce. She told me she and her husband had already agreed on most of the details of a settlement and were hiring lawyers now to make the divorce happen as quickly and smoothly as possible. She had even brought a check as a retainer.

Susan’s husband was being represented by a lawyer I’ll call “Bill.” His office was in a neighboring town, and my experience with him had been that he was a straight shooter and easy to work with. A case like this seemed almost too good to be true. 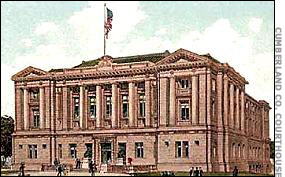 Everything went like clockwork. I filed the complaint, Bill filed his client’s answer, and we set about the task of putting the things Susan and her husband had already agreed to into proper legal form. By the time the “cooling off” period specified by Maine divorce law had run, we were ready to take the agreement to court and finalize the divorce. In those days, an uncontested divorce with a signed settlement agreement could be completed with a hearing that rarely lasted more than ten minutes. Maine divorce lawyers had developed a short set of questions that allowed a plaintiff’s testimony to establish everything the judge needed to hear in order to grant a divorce and incorporate the signed settlement agreement into the judgment.

Bill and I went to court with Susan. I asked the standard questions, Susan gave the standard answers, and the hearing was over in record time. We gave the judge the proposed divorce judgment we had prepared together. The judge agreed to sign the judgment, and just like that the divorce hearing was all over except for pushing the paper.

Susan paid the balance of my fee and was on her way. Back in my office, I closed her file and deposited her check. I thought no more about her until she showed up in my office again about three years later.

“I’m getting married again,” she said happily, “but they tell me I need an attested copy of the divorce judgment in order to get my marriage license.”

“Well, I went to the court, but they can’t seem to find the divorce judgment,” she said.

I pulled out Susan’s file and was surprised to see that I didn’t have a copy of the judgment either. It still seemed like a small problem. “I’ll go over there tomorrow,” I said, “Probably the person you spoke to didn’t know where to look. I’ll take care of this for you.”

The next morning, I was in the clerk’s office. I explained the situation to a deputy clerk whom I knew fairly well and who had been helpful in the past. She dropped what she had been doing and went straight to work to locate Susan’s divorce judgment. Before long, however, it became clear that the situation was more complicated than I had thought.

“It’s not just that I can’t find the judgment,” the deputy clerk explained, “I can’t find the case file at all. All I have here is a docket sheet that says the complaint and answer were filed. Beyond that, there is absolutely nothing. The docket doesn’t even say there was a hearing.”

Back in the office, I called Bill. “Remember that smooth divorce we did about three years ago? Do you have a copy of the judgment in your file?” Bill said he’d call me back, and in a few minutes he did.

The next day, Bill and I went to the clerk’s office together. The deputy clerk made another search with the same result. “I’m concerned,” she said, “that the docket sheet doesn’t mention the hearing. Are you guys sure there was a hearing?”

We were sure. Bill looked in his file and said, “Yes, the case was heard by Judge ‘Smith.'”

“Great,” I said, “we’ll contact Judge Smith and ask him to sign a new order.” I was thinking of a little thing in law called nunc pro tunc, literally now for then. Get a new order signed now and fix a problem from back then.

“He’s dead,” said the clerk, adding, “Hmmm, here’s a note. Looks like Judge Smith took the file home with him and never brought it back.”

Great. No divorce judgment. No judge. No way ever to find the original court file. This wasn’t looking good at all.

I called Bill again. “Look,” I said, “we’ll just have to do the divorce over again. Call up your client, and let’s get the ball rolling.”

“We’re not going to do that,” said Bill. “My client is already remarried. I don’t know how he did it, but he did. Any court order that says he is still married to Susan now turns him into a bigamist and turns me into a lawyer facing a huge malpractice claim. There has to be another way out of this.”

We were in the same foxhole, Bill and I, and we began to brainstorm. Finally we figured out that if we could get another judge to sign an order with the date of the original hearing we’d be out of the woods. The plan smelled a little like fraud, but it was the best we could do.

We went back to the clerk’s office and, working out of our own files, supplied copies of everything the original court file had held. The clerk put everything in a new folder, with the old docket number on it. With the new court file in hand, we set out to find a judge. There were two requirements: it had to be judge who had been on the bench when the divorce was heard three years before, and it had to be a judge who would do business with us now.

After a couple of false starts, we found our man. Judge “Jones” listened to us as we explained what had happened and why we were making such an extraordinary request. When we were done talking, he just looked at us for a minute, then said, “Neither of you noticed that you didn’t get a judgment in the mail? Nobody had any questions about that?” He shook his head. “You boys are in a hell of a mess here. If either one of you was my laywer, I’d want your head on a pole right about now.”

“Yes, Judge. We know, Judge. That’s why we’ve come to you.” I’m pretty sure I was smiling too hard.

Judge Jones thought for another minute, then reached into the reconstructed file we had held out to him and pulled out the reconstructed order. “I’m a goddam fool to get involved in this, but people who think they’re divorced ought to be divorced.” He signed the order, then looked up at us. “And I’ll tell you another thing, boys. If I go down over this, you dumb sons of bitches are coming with me!”

“Yes, Judge. Thank you, Judge. Thank you!” Bill and I were practically genuflecting as we left Judge Jones’s chambers and headed back to the clerk’s office. I couldn’t look the clerk in the eye as I requested an attested copy of the divorce judgment. Bill wanted one, too.

On the phone with Susan later, I tried to be noncommittal. “Sometimes things get lost over there,” I said, “but I have what you need right here.”

I blanched. “No charge,” I said, “Think of it as a wedding present.”

Judge Jones has since passed away, but I remember him as just about the wisest and kindest judge I ever knew. Thanks again, Judge Jones.

2 Replies to “Divorce in Haste – Repent at Leisure”