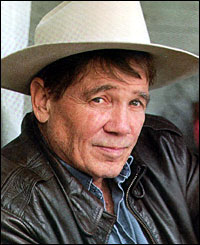 I’ve been a James Lee Burke fan for years. He writes page-turner novels, what some people call “brain candy,” but the thing about them is that they are way better written than they need to be. I particularly like his novels set in New Orleans. I’ve even developed a wary sort of fondness for his New Orleans hero, Dave Robicheaux, Cajun detective, loving father, impulsive and sometimes violent problem drinker, and magnet for over-the-top personal tragedy. For example, Robicheaux’ wives die, all of them. I think in real life women would notice a pattern there and refuse to have anything to do with the guy. But in the novels, the pattern exists only if you read all of them as a long single narrative. And I’m the first to admit that I don’t know much about New Orleans.

I grew up in a hardscrabble paper mill town with a large Franco population, so the Cajun names of Burke’s characters don’t seem strange to me. The plot twists in the stories and the traits and behavior of a lot of the characters always seemed to me to be wildly exaggerated–not that I have a problem with that in the interests of a good story. And anyway, as I said, I don’t know much about New Orleans.

Today, however, I read the obituary of Al Copeland, New Orleans native, entrepreneur and founder of Popeye’s Famous Fried Chicken. What a life. Follow the link and read the obit for yourself. You won’t regret it. If anyone knows of anyone else whose life includes a divorce which resulted in the divorce judge’s going to jail for side deals on the outcome of the divorce, please let me know. As an attorney, I handled divorces here in Maine for more than ten years, and it never occurred to me that such a thing would even be possible.

Anyway, my view of James Lee Burke has changed, as I realize that I know a lot less than I thought I did about his ability to make things up. He’s probably making up a whole lot less than I thought. His real gift may lie in his ability when he walks the streets of New Orleans to understand that he really is seeing what he seems to be seeing—sort of a cross between urban America and the Rocky Horror Picture Show.