I wrote what follows in August of 2003, when it seemed the Iraq War had already gone on too long, when it seemed inconceivable that five years after the invasion our government would still be following the same delusion with the same blind devotion.

It breaks his heart that kings must murder still,
That all his hours of travail here for men
Seem yet in vain. And who will bring white peace
That he may sleep upon his hill again?

I spent half an hour the other day talking with a veteran of the Korean “police action.” Now more than 70 years old, he retains that melancholy loathing of war that veterans of all wars should be 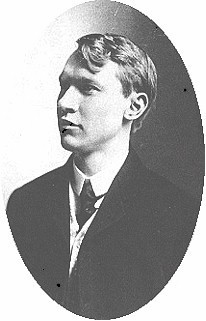 able to understand and that Vachel Lindsay captures forever in his image of the ghost of Lincoln. walking the earth in his native Springfield, Illinois, unable to find rest until the world is at peace.

In the twenty-first century, wars are begun and waged by leaders who don’t have much trouble sleeping. The place in their hearts where wisdom and compassion should reside is filled instead with icy certainty that no amount of death, sorrow and human misery can dislodge. In their view of the world, it doesn’t matter how badly one is in error, so long as one is never in doubt. Religious men all, they pray to a tiny, bellicose God, a God much like themselves.

It wasn’t that way for Lincoln or for his God. Lincoln was a giant in a role now filled by a stunted moral bankrupt. The Civil War broke Lincoln’s heart, even as he knew where his duty lay and somehow found within himself the resolve to do it.

These days, the ongoing war doesn’t trouble our President’s easy smile. His face is unlined and his gaze steady, even as more and more young Americans are sent off to die in Irag, a country most of us could not readily have found on the map a year ago.

Meawhile, the ghost of Lincoln sadly walks. The old veteran and I share something of his sorrow.