I was having a cup of coffee with a musician friend of mine when the old Cat Stevens song Baby, It’s a Wild World began to play in the background. My friend remarked that the chord structure of the song was pretty much straight out of the 17th century. 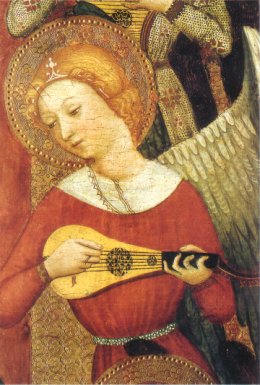 As Stevens sings, “But if you wanna leave take good care, hope you have a lot of nice things to wear…” the harmony of the song moves through a part of what is called the cycle of fourths.

If you follow the cycle all the way, it will take you through every possible musical key and bring you back to where you started. In modern terms, one example of the cycle, starting on A, can be represented like this: A → D → G → C → F → B♭ → E♭ → A♭ → D♭ → G♭ → C♭/B → E → A. It’s a common feature in music back at least as far as the Renaissance, but it had to begin somewhere.

At first there would have been no way to talk about the cycle. The vocabulary didn’t exist. For another thing, the cycle doesn’t work unless you “regularize” the tuning of the instrument. You can see the “regularization” at work in the string of keys I listed above. Any violinist will tell you that C♭ and B are not really the same note. But they are very, very, very close. If you use what is called a “well-tempered” tuning on an instrument (the way a modern piano is tuned) the cycle works. To most people, it sounds good.

I imagine the ancient musician rushing to other musicians and playing through the as-yet nameless wonder again and again. “What is it?” they would ask. “How do you do that? What is it for? Will you teach it to me?” These are the same questions musicians always ask each other, usually about tiny details, but on a few wonderful occasions about magical discoveries that change music forever.