I dredged up that grad school memory yesterday, and I’ve been thinking about it ever since. When I began to wonder what else the Internet had to say about the subject, I found myself reading a Fortune magazine article from 2005. This was the magazine that sent Agee and Evans to Alabama, and then declined to publish their report.

In 2005, Fortune went back to Alabama. This time the article made it into print, with the title The Most Famous Story We Never Told. Three generations removed from the summer of 1936, the families Agee and Evans immortalized have worked their way out of poverty. Younger generations are well on their way to escaping the anger the families felt about the book. The older generation is not.

Charles Burroughs, with whose family Agee and Evans lived, was a small boy at the time. Past 70 in 2005, he had neither forgotten nor forgiven “We never even got one of the damn books,” he said, “They should have had enough respect to come back afterwards. I know I would have. At least send a copy of the book.” 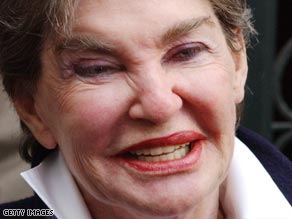 Maybe it’s a class thing. We aren’t supposed to have a class system in America, but we do. Everyone knows it. Hemingway and Fitzgerald argued about whether the rich really are different from you and me, but most of the non-rich agree that it is so.

Remember Leona Helmsley, the “Queen of Mean”? At Helmsley’s 1989 tax evasion trial, her maid testified that she once heard her boss say, “We don’t pay taxes. Only the little people pay taxes.”

The remark, whether Helmsley actually ever said it or not, is a good barometer for measuring your own class identification. When you hear those words, how do you feel down in the pit of your stomach? If your first thought is something along the lines of “That was a reckless thing to say. No wonder she went to jail!” your people probably don’t come from the same place my people do. If the words stir up anger and the feeling of powerlessness, then you can probably understand why Charles Burroughs is still angry.